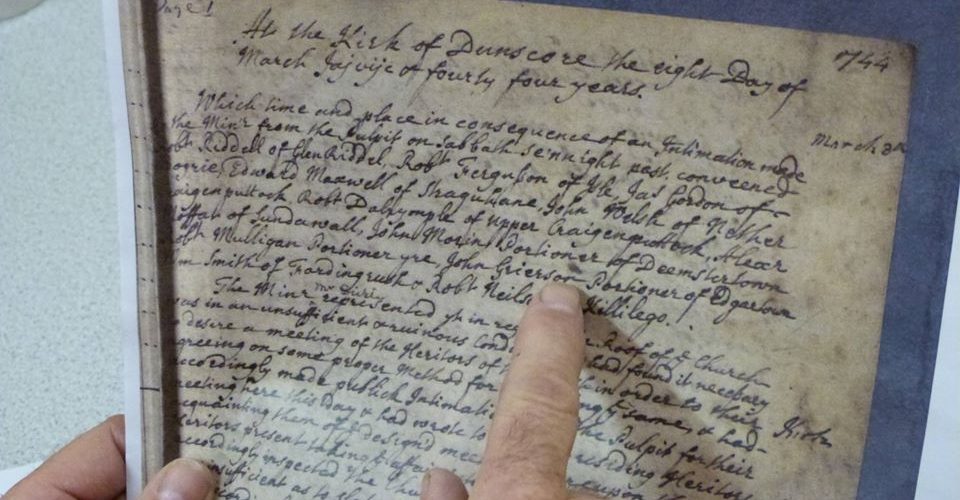 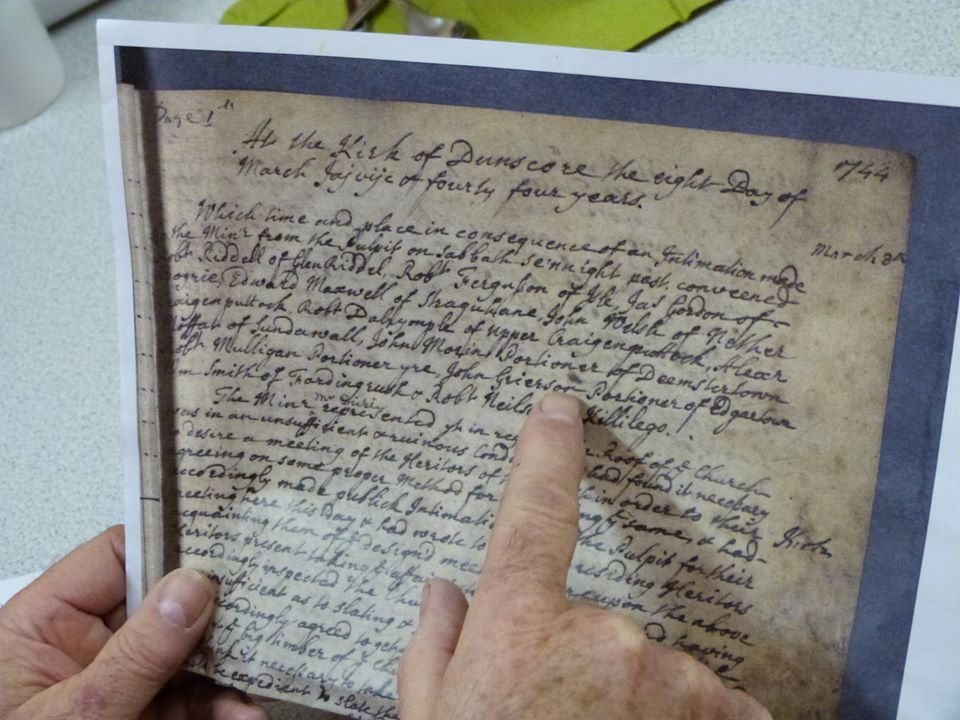 Old Dunscore Kirk was originally close to Old Dunscore Kirkyard, near Gateside of Isle. In 1649, James Grierson of Dalgonar and James Kirko of Sundaywell presented a petition to the Scots Parliament, seeking to move it to its present site. They stated that the old Kirk was so ruinous that ‘they daere not for hazard of their life repaire thearto for Godis worship’. So James Grierson granted a feu, and the Kirk was built on its present site, in the village which was then called Cottack. The copper baptismal font was brought from the old Kirk, and secreted in one of the walls. The manse at Mansegate was built in 1659.  You can view a 1654 map of the area here.

The Revd. Robt. Archibald was the first minister in the new Kirk; he, like 300 other ministers in Dumfries and Galloway , when the Rescissory Act was passed in 1663, left his new manse and his Kirk, took to the hills, and preached at conventicles. Both James Grierson and James Kirko supported him strongly; Grierson was fined, and then imprisoned at Ayr; Kirko in the Tolbooth in Edinburgh. Kirko, after his release, organised and attended, as did Grierson, the great conventicle on Skeoch in 1678.

In 1823, the then Kirk, which had by then also become ruinous, was demolished and the present Kirk was built, with room for 850 worshippers, despite the then James Grierson of Dalgonar’s stipulation that it should have room for a thousand. The old baptismal font was again built into the wall. The architect was James Thomson of Dumfries, and the cost was £1,072. At about this time, the village is no longer described on the maps as Cottack, but Dunscore (which was always the name of the Parish). In 1923, Mrs Hamilton Walker of Dalgonar, at the suggestion of the Session, had the baptismal font taken out of the wall, and set up in its present stand.

Apart from the font, the only other connection with the original Dunscore Kirk is the carved sandstone plaque on the outside east gable-end inscribed ‘How amiable are thy tabernacles, O Lord of Hosts to me’..

Around 1950 the exterior sandstone was painted white and in 1990, the rooms at the rear of the church were installed, reducing the seating capacity. In 1978, Moniaive and Glencairn, and Dunscore were combined into a single parish, but all three churches were retained, and are still in use today.

In 1994, the East Kirk at Merkland was finally abandoned as a place of worship.  Those who sought to retain it, put up a gallant fight but, finally, its congregation moved to Dunscore.

The interior of the Church has a large panel on its east wall (erected in 1973) naming the priests and ministers who have served the parish over many centuries.  Dunscore is in the heart of Covenanting country and its one-time minister, Rev. Archibald, was ousted from his charge during this period.

Jane Haining, who was born and brought up in Dunscore went to Budapest in Hungary before the Second World War as a matron in a children’s home in Hungary.  Ultimately she was taken to the death camp at Auschwitz where she was killed.  You can read more about Jane’s life and about the Jane Haining Trail round Dunscore here.

Several changes have been made to the church in more recent years.

Around 1990 the pews were removed from the central section to make the church into a more flexible space for meetings and small gatherings.

Projectors and screens were installed in 2010 so that the words of hymns could be displayed.  The screens are also used for talks and meetings and allow photographs and other visual aids to be displayed during the service.

In 2011 the paint that had been applied to details around doors and windows at about 1950 was removed.  The last time the church exterior had been repainted was in the 1970s and so it either needed repainting or for the paint to be removed and the latter course was decided.

Following some significant storm damage in the winter of 2013 / 2014, the Congregational Board undertook a project to repair the building, create a Heritage Centre within the church and modify the church interior to make it more flexible and suitable for 21st century worship.  We completed the project in 2017 having replaced most pews with chairs, lowered the chancel, installed a glass screen, a new toilet and a servery and created the Heritage Centre.

1170 – Place of worship established by a Norman Lord. Land gifted to the Abbey of Holiwood (note spelling) by Cistercian Monks of Melrose.

1170 – First mention of a church at Portrack in a monastic dispute.

1663 – Rev. Archibald left church and took to the hills to conduct conventicles.

1923 – Font removed from wall and installed inside Dunscore church.

1967 – Clocks installed in tower in memory of Dr. Ramsay.

1978 – Dunscore linked with Moniaive and Glencairn.

Back to Our Church Page 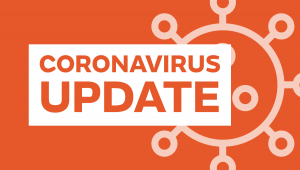